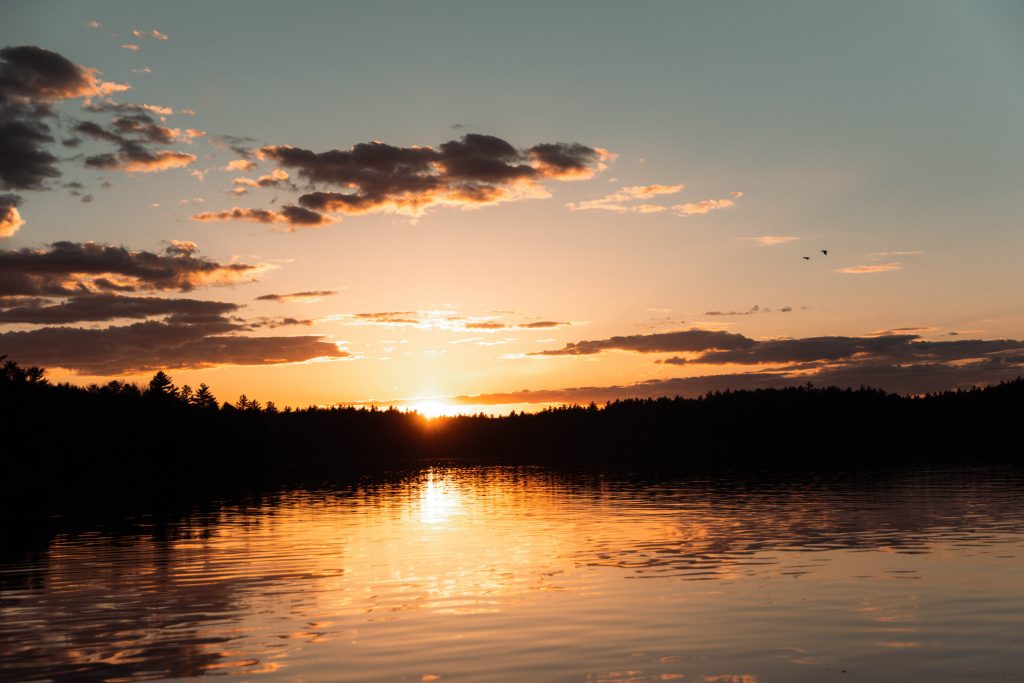 Six years after graduating college, I was sitting in my cubicle office and I felt truly trapped. I was really unhappy in my job and I didn’t know what to do. Here’s a look at what happened next and how Millennial Nextdoor came to be…

I’m not gonna lie. College was tough. It was unusually tough, if I’m being honest.

That’s because in high school I did pretty well. School wasn’t hard and I got A’s and B’s with some classes getting over 100% for the entire class. Where I live our report card was not A, B, C, etc. It was a number percentage like 85% or 92%.

Anyway, college was difficult and it took me about five years to graduate.

From transferring colleges after a move to transitioning to a private university, it felt like college took forever although I had a great experience in it.

In school I really didn’t know what I wanted to do when I “grew up.”

When I accepted the job I knew that it wasn’t for me.

My plan was to be in the position short term for around a year or so before moving out of the area. A year after I started I had not moved and I realized that I was going to be in that job a bit longer so I kept working, I excelled, I learned a lot of different skills and got certifications but I still was pretty unhappy in that gig.

That’s when it hit me.

If I could start my own business and make enough money to replace my day job income then that could be my new occupation and I would be able to work for myself and have the flexibility and independence that I had always craved.

I was super happy that I came to this decision and there was an end in sight, finally.

The only problem was, I had no idea how to get there.

I was watching shows like Shark Tank and diving into the business world but I really didn’t know what kind of business I wanted to run. I saw a lot of inventors and people creating awesome products and it taking off but I had no ideas of what kind of product to create or innovation to bring to the market.

At this point I was really at my wits end with my job and I was really willing to do almost anything that made me enough money to leave that job behind and pursue that new gig full-time.

I started experimenting with a bunch of different side hustles. I tried freelance writing, I sold Twitter fan packages, I did arbitrage, I sold on eBay and Amazon, and other gigs.

Nothing was really taking off. I found a marketplace online one day and I decided to try to drop shipping.

I didn’t know it was called drop shipping back then but the whole idea of it made perfect sense in my head. Source a product from one place and sell it somewhere else for a higher price, having the supplier direct ship to the customer so I don’t have to deal with any shipping.

So I opened a store and I started drop shipping using AliExpress.

It was only 25 bucks (I scaled to $30,000+ months later) but I was thrilled and it was the fastest I have ever made money in a new side hustle. So I kept at it. I focused on sharing my brand on social media and I discovered where my customers hung out online and started promoting there. About a year or so into this I was replacing my day job income and so I quit!

When I quit it was a scary time.

I was married with a baby and my husband was going to school. While he did have income coming in, I was definitely the breadwinner in the house and supplied the benefits like health insurance, dental, etc.

Before I decided to quit I saved up as much money as possible as a nest egg and I looked into everything that I would need to take my business full-time.

I had all the business permits and registrations down pat but I looked into how my health insurance would be as a self-employed person and taxes and other important things that you should look at when you kick off a business.

The time came where I gave in my two weeks notice.

It felt so freeing and uncomfortable a little bit at the same time. My boss actually laughed in my face in disbelief and then her face quickly turned to horror and she realize that I was serious and I could see a wave of panic come across her.

A few days later I was being walked out of the building and that night I celebrated.

So, it was e-commerce that gave me the chance to set out on my own and become an entrepreneur.

From then until now

From there I discovered social media marketing, digital marketing and digital publishing.

That store was actually my first website flip and I grew a love for creating and flipping digital real estate. I’ve taught thousands of students and reached hundreds of thousands of people across the Internet since I became an entrepreneur almost 7 years ago.

Today, I have my hand in a couple different pots.

I’m a firm believer of having multiple income streams so I make my money from teaching, coaching, digital marketing, digital publishing, freelance writing, blogging and being an influencer. I also earn from my investments as well.

If you dream about running your own business and being an entrepreneur one day, my best advice to you is to take action.

Take that dream seriously and start working toward it.

Write down your plans, your goals, your dreams, what you hope to accomplish in 60 days or six months or a year, etc. Then, start working toward it.

It may take six weeks or six months or longer for you to reach your goal but as long as you’re working toward it, hopefully you will reach it in the end. Not to mention when you start putting everything in the place to reach that goal, it’s a really good feeling and it helps you get through your situation a little bit easier.

And so that’s my story!

Where to find me?